What is decarboxylation and why does it matter for CBD?

Decarboxylation is a crucial step in the production of CBD oil, but what does it actually involve? Don't worry if you're not sure, as we're going to discuss what it means to "decarb" and why this matters for CBD. Although the concept may sound alien, at its core, decarboxylation is very simple.

Understanding where cannabinoids come from

Before we explain why decarboxylation matters, it helps to understand how hemp and other subspecies of Cannabis sativa produce cannabinoids. As a young seedling, hemp doesn't automatically contain high concentrations of CBD. In fact, during the plant’s earliest stages, there are only a handful of cannabinoids.

You can think of all the different cannabinoids inside hemp as an enormous family tree, all stemming from the precursor cannabinoid CBGA. As the plant grows, it undergoes various chemical changes. With each change, new cannabinoids develop, some change structure, and many disappear altogether.

How does decarboxylation work?

The process outlined above isn't the end of the chemical changes cannabinoids go through. Inside the plant, all cannabinoids exist in their raw, acidic form. In the case of CBD, it starts life as CBDA. Unfortunately, CBDA cannot interact with our endocannabinoid system in the same way as CBD, so we need to convert it from a raw chemical compound to an “activated” one. You can decarboxylate CBD by using heat or a series of controlled chemical reactions.

By removing a carboxyl group from the original compound (CBDA), what's left is decarbed CBD—“de” means to remove, while “carb” refers to carbon. Decarboxylation is the process of converting cannabinoids from raw to activated.

At its most basic, if you left hemp flowers outside in the sun, the heat would cause decarboxylation to occur over time. The same also applies if you heat hemp flowers with a flame—you would be converting CBDA to CBD. Obviously, in this example, it's impossible to control the reaction, and excessive temperatures will destroy the cannabinoid altogether. For commercial production of CBD oils, decarboxylation is performed under controlled circumstances and carefully monitored.

What are the benefits of decarboxylated CBD?

We alluded to this earlier, but CBDA and CBD interact with the body's endocannabinoid system (ECS) in different ways. The former may have a few benefits of its own, but the ECS has a more difficult time processing it.

Essentially, decarboxylation allows CBDA to transform into its more influential counterpart. If you want to get the most out of CBD, it needs to be decarboxylated first. That's why the majority of commercial CBD oils contain CBD with only trace amounts of CBDA. Neither of these cannabinoids exerts psychotropic effects.

We don't want to write off the raw version entirely, as it may possess some unique characteristics of its own. Keeping CBDA alongside CBD also encourages the entourage effect, a phenomenon that boosts the overall effectiveness of cannabinoids. You can read more about research into the potential impact of CBDA here.

To sum up, hemp contains vast amounts of CBDA, an acidic cannabinoid. Once it's carefully extracted from plant material, CBDA is heated (decarboxylated) to become the CBD we know and love. CBD is the activated form, with a far greater influence over the endocannabinoid system.

All of the CBD produced at Cibdol is decarboxylated before CO₂ extraction to enhance the compound’s possible influence. Yet, our full-spectrum CBD formula also contains trace amounts of CBDA to encourage the entourage effect.

We hope you now have a greater understanding of why decarboxylation is a crucial step that allows CBD to reach its full potential. 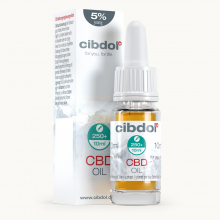 View product
Which product do I need?
Do you need help choosing your product?
Yes No
What is your age?
< 18 18 +
What is the purpose of your use?
Sleep Mood Relief Skin Health Focus
As Seen On: