Everything you need to know about Chamomile

Curious about the widespread appeal of chamomile? We'll break down everything you need to know about this vibrant plant, including its proposed benefits to human health. Keep reading to find out more.

With its pearly white petals and vibrant yellow head, chamomile is instantly recognised the world over. However, as we'll soon discover, there's much more than meets the eye with this beloved plant.

Beneath its attractive exterior is a versatile and sophisticated herb whose traditional and non-traditional holistic use is well documented. Before we get into the science surrounding chamomile, let's quickly cover off some of the plant's key attributes.

Derived from the Greek word χαμαίμηλον (khamaimēlon), chamomile is a member of the Asteraceae/Compositae (daisy) family. Growing across western Europe, India, and western Asia, it thrives in sunny, well-drained areas. Its resilience is an important attribute because, without it, we wouldn't have such easy access to a plant with a vast array of talents.

What are the possible health benefits of chamomile?

With an introduction out of the way, we can dive straight into chamomile’s proposed health benefits. However, to unlock them, first we need to break the plant down into its core components—roughly 36 different flavonoids and 28 terpenes. It's thanks to these compounds, along with the plant's volatile oil, that scientists believe it could be helpful for the following applications:

• To relieve digestive discomfort: Following several clinical trials, researchers found that chamomile tea helped to relieve colic in over half of child patients, while a separate study suggested similar results when using chamomile to tackle diarrhoea.

• General health improvements: A 2009 study set about clarifying the full extent of chamomile’s impact on general health. Although the researchers admit that more studies are needed to make definitive conclusions, they utilised an animal model to determine chamomile’s effects on hypertension and blood pressure.

• Positive influence on sleep: Scientists suspect the soothing effects of chamomile may be due to the flavonoid apigenin and its affinity for receptors in the brain. Similar effects were noted upon inhalation of chamomile vapor.

Encouraging healthy sleep is one area in which chamomile appears to do very well. It's an effect the plant is well-known for, and one that science is increasingly supportive of.

What researchers are keen to examine is the full scope of the compounds inside chamomile. We know from our earlier statement that apigenin may play a role in its sleep-inducing powers, modulating key receptors to produce sleep-promoting effects. But scientists suspect there may be more compounds at play. Either way, research appears to support the notion that chamomile is a soothing sleep aid, and can not only help you fall asleep faster, but also maintain healthy sleep. 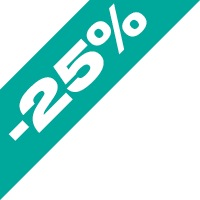 If all this talk of peaceful slumber has you yearning to try chamomile, the good news is it's widely available. The most popular option is chamomile tea, but it also exists as an essential oil, in capsule form, or as part of other established wellness products (more on this shortly).

Chamomile tea has been a popular infusion for thousands of years. Fortunately, you don't have to go to the trouble of picking chamomile yourself, as the plant is readily available in wellness stores. Consuming chamomile orally also appears to be one of the best ways to benefit from its proposed effects, including that vital boost to sleep mentioned earlier.

Chamomile has become a popular addition to various wellness products over the years, but none more so than CBD supplements. However, to understand why, we need to explain the basic principles of CBD oil.

Derived from industrial hemp, CBD oils contain the plant's main constituent, cannabidiol (CBD), which, alongside dozens of other cannabinoids and terpenes, works to support the body from within. Moreover, the elements inside hemp are more effective when taken in concert, hence why high-quality CBD oils utilise a full-spectrum extract—that is, one with a variety of hemp-derived molecules.

Interestingly, chamomile is made up of similar compounds, which is why combining it with a full-spectrum CBD extract makes perfect sense. The two not only synergise incredibly well, but can enhance each other's respective properties—perfect when you're trying to address something as fundamentally important as sleep.

How to dose chamomile

Although inhalation and topical application of chamomile are perfectly viable, oral consumption remains the most popular option.

Typical chamomile doses start at around 1.1g/day, with levels up to 8g commonly used in clinical trials. If you're drinking chamomile tea, the simplest way to monitor your dose is in cups. So, start with one cup of tea a day, increasing as required. If you're using chamomile to support healthy sleep, you'll want to drink a cup (or cups) close to bedtime to ensure you capitalise on its soothing properties.

What are the possible side effects of chamomile?

The risk of side effects from chamomile is minimal for most people, as the plant appears well tolerated with low toxicity. If you experience side effects, it's usually the result of an allergic reaction (ragweed pollen) that affects the skin and eyes.

Be aware that consuming large amounts can also result in vomiting, so we recommended sticking to a few cups a day at most.

Bottom line: Chamomile comes backed by centuries of holistic use

While the specific mechanisms of chamomile remain under investigation, there's no denying the plant's 5,000-year history and widespread use. Combined with its low toxicity, limited potential side effects, and innate synergy with other natural ingredients, there's plenty to like about this vibrant plant.

Chamomile is the ideal addition to a busy lifestyle, as it's easily consumed in tea or taken as part of existing wellness formulas. If you're looking for a natural way to support healthy sleep or simply feel more at ease, we can't think of many herbal aids that fit the bill better than chamomile.

To take advantage of chamomile's soothing properties, try out Complete Sleep from Cibdol. Or, for a variety of other natural sleep aids, browse the Cibdol store. If you still have questions about the impact of restful sleep, head over to our CBD Encyclopedia for a detailed look at what you need to know.

LEARN MORE:
Everything you need to know about Lavender

With over a decade of experience writing about CBD and cannabinoids, Luke is an established journalist working as the lead writer for Cibdol and other cannabinoid publications. Committed to presenting factual, evidence-based content, his fascination with CBD also extends to fitness, nutrition, and disease prevention.
Which product do I need?
Do you need help choosing your product?
Yes No
What is your age?
< 18 18 +
What is the purpose of your use?
Sleep Relief Skin Health Relax Other
As Seen On: