Treating psychiatric disorders is never an easy task. The brain is a complicated organ, and science is still working to unlock its mysteries. One potential step in the right direction comes thanks to CBD, which is now being investigated for its anti-psychotic properties – namely, its ability to treat Schizophrenia.

Cannabis has long been labeled a substance able to cause psychosis. To be more specific, it is THC, the main psychoactive compound within the plant that induces these effects. What is lesser known is that CBD (such as that found in CBD oil), a non-psychoactive cannabinoid also found within cannabis (and hemp) works to counteract the psychoactive effects of THC.

CBD AND AN INTERESTING POSSIBILITY

As you can probably imagine, this fact is overwhelmingly interesting to scientists in the field of psychiatric disorders. If CBD is able to counteract the psychosis-inducing properties of THC, then maybe it can fight the properties of other sources and forms of psychosis as well.

In a first of its kind study to assess the power of CBD, a team from the Western University’s School of Medicine have found that the use of CBD appears to have therapeutic efficacy for treating schizophrenia.

It is worth noting that this study was conducted on rats suffering from psychosis, and is not evidence that CBD is an effective treatment in humans. However, it is the first stepping stone and sets up scientists with a warrant to investigate more deeply, eventually leading to randomized human clinical testing. 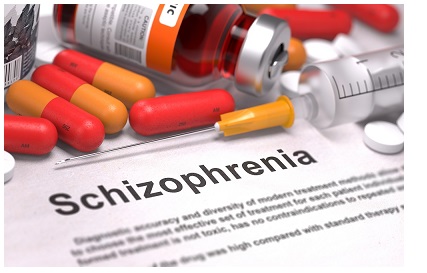 WHY BOTHER AT ALL?

As touched upon, treating conditions like schizophrenia is no easy feat. Although there are anti-psychotic prescription drugs out there, they are often ineffective and cause serious side effects. It makes finding an alternative a big priority. It is the main reason Dr Laviolette, the main researcher for the above study, has embarked down this road of inquiry – he has stated the poor state of current options, and the need for a new, successful one. CBD does not affect the body in the same way typical antipsychotic and antidepressant drugs do, so there are none of the horrible side effects.

It is an interesting avenue of inquiry, and one that is mirrored by other research. For example, the cannabinoids of medical marijuana are being found to be an effective treatment for PTSD – another complicated psychological disorder. Even though THC is involved here, it shows how powerful cannabinoids can be when harnessed for the right cause. So, while it is not a certainty yet, it looks like CBD could be the answer many scientists are looking for, let’s hope future research is able to uncover what is really going on!