Can You Take CBD Oil And Drink Alcohol?

If you regularly consume CBD oil, you may be wondering if it is safe to mix with alcohol. While the short answer appears to be yes, in truth, the topic is not as straightforward as it seems. Keep reading to find out what you need to know about taking CBD oil and alcohol together.

Can you mix CBD oil and alcohol?

Whether it is relaxing after a tough day or heading out with friends, for many, a few drinks is an excellent way to unwind. But, if you're taking CBD oil at the same time, you may be concerned about the two interacting, and how that will make you feel.

To understand the combined effect of CBD oil and alcohol, we first need to look at the two substances separately.

Despite starting as a handful of yeast and sugars, alcohol acts as a powerful depressant. By interacting with the central nervous system, it affects our mood, coordination, and speech. And, as many individuals can attest, the more you consume, the more severe those effects!

CBD, on the other hand, has a much more subtle influence. Its impact centres on an interaction with the body's endocannabinoid system (ECS). This vast regulatory network extends from head to toe and is responsible for keeping different biological systems balanced and in check. That said, CBD has also been shown to interact with a variety of molecular targets outside the ECS.

Taking both substances at face value, you might think the balancing effects of CBD could limit the impact of alcohol. However, the reality is, we don't know exactly how the two interact.

What happens when you combine CBD oil and alcohol?

The relationship between CBD oil and alcohol has yet to be extensively studied, but there are a handful of preclinical investigations to draw upon. The Journal of Psychopharmacology found few differences between test subjects administered CBD and alcohol and those administered just alcohol.

Based on their findings, you can expect alcohol to affect you the same when consuming it alongside CBD oil. Unfortunately, there just isn't enough data to tell if cannabidiol can mitigate the risk of any adverse side effects from consuming alcohol.

Are CBD oil and alcohol safe?

The effects of excessive alcohol intake affect nearly every part of the body, with the detrimental health implications extensively documented. There are, of course, dozens of variables, such as the type of drink and the alcohol percentage, but you'll know better than anyone what an unhealthy amount of alcohol is for your circumstances.

CBD oil, on the other hand, appears well tolerated in humans, according to a review by the World Health Organisation (WHO). It synergises well with dozens of natural ingredients, won't produce psychotropic side effects, and, provided it’s prepared to the correct standard, CBD oil won't contain any unwanted additives or chemicals.

With the limited information available, combining the two should be safe, but as is the case with any substance that alters how we think, feel, or act, moderation is crucial. If you have any doubts or concerns, start by talking with your doctor first.

The growing interest in CBD-infused beers

While researchers are undecided on the specific outcomes of CBD and alcohol, a slew of CBD-infused beers and cocktails have appeared in numerous markets. Brewers from all over the world are keen to understand how the two substances complement each other.

CBD-infused beers are marketed as a convenient and straightforward way to incorporate CBD without disrupting your routine. There has even been interest from leading beer conglomerate Constellation Brands, whose portfolio includes dozens of beer, whisky, and vodka brands.

The crossover between the alcohol and CBD industry is still in its infancy, but it shows there's significant interest in the influence of CBD. When you consider that roughly two billion people drink alcohol, it presents a market of infinite possibility.

From what we know so far, it's challenging to say precisely how mixing CBD oil and alcohol will make you feel. This uncertainty, however, hasn't stopped CBD from finding its way into numerous alcoholic beverage lines, especially beer, where it is enjoying a steady tenure in North American markets. Since research has yet to fully exploit the relationship between different doses of CBD and alcohol, you should take both substances in moderation.

If you're interested in learning more about the impact of CBD and how it influences the human body, our comprehensive CBD Encyclopedia is an excellent resource. If you already know what to expect, why not browse the Cibdol store for an extensive selection of CBD oils, capsules, supplements, and cosmetics. 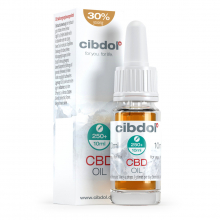 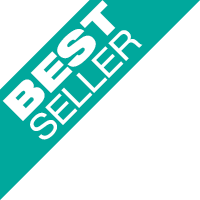