Melatonin And Meladol: How To Get Your Best Night's Sleep

Having trouble sleeping? Feeling exhausted during the daylight hours? It’s possible that lack of melatonin has thrown a wrench in your sleep schedule. Melatonin is a natural endogenous hormone produced in the human body, as well as a synthetic supplement, that can be isolated and included in your dietary health regimen. Below, we take a look at why many individuals may benefit from supplemental forms of melatonin and how the ingredients promote a healthy circadian rhythm and a sounder sleep.

Produced in the pineal gland, naturally occurring melatonin levels are contingent on time of day and level of darkness. Retaining very low concentrations in the daylight hours, melatonin production spikes in the evening tenfold at an average of 200 picograms (pg) per millilitre. Melatonin's role in regulating the sleep-wake rhythm cannot be underestimated as it holds one of the keys to understanding insomnia and other sleep disorders. The phrase “biological clock” explains this phenomenon via the natural rise and fall of endogenous melatonin production throughout a roughly 24 hour cycle.

At present, the amount of melatonin we produce as humans is highly dependent upon our environment and responsibilities. This is due in part to the prevalence of stimulating blue light emitted from electronic devices. Long work schedules, busy social lifestyles and stress are major players as well.

Combined with decreased melatonin production during the lightest days of the year, all of these influences make melatonin management a legitimate source of concern for many individuals. Secreted from amino acid tryptophan, melatonin responds to receptors in the nervous system that naturally regulate the sleep-wake rhythm.

Concerning melatonin’s efficacy for relaxation and regulation of sleep patterns, the European Food Safety Authority (EFSA) has issued its research-based conclusions. Insisting that melatonin may be of physiological benefit, it is now clearer than ever just how compelling melatonin supplements are in several areas of human health.

Claiming that melatonin can reduce sleep onset latency, the EFSA argues, that the compound allows for a faster and easier time falling asleep. Additionally, the EFSA panel agrees, that melatonin is effective in alleviating the "subjective symptoms" of jet lag. The organization recommends taking around 1mg of melatonin close to bedtime for nearly anyone in the general population.

Melatonin is largely considered to be devoid of adverse side effects when taken by most people. The supplement is usually available in formulations without prescriptions. With that said, contact your physician with any apprehension on possible outcomes and contraindications.

Although there are significant blind spots in melatonin research, some areas have received enough study to provide evidence of its effectiveness in alleviating subjective symptoms of jet lag, insomnia and other sleep disorders. Melatonin has even been included in studies stating it has potential in treating serious diseases; however, conclusive research in this area is lacking at present. 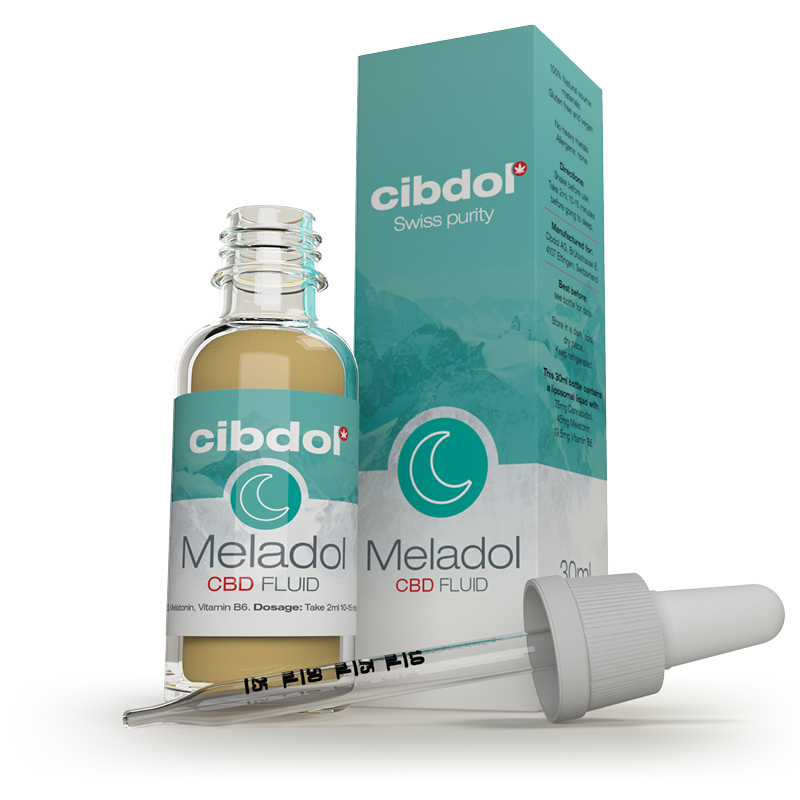 In the 21st century world of constant communication and all-night business, supplemental doses of melatonin may significantly help in readjusting the off-kilter sleep-wake rhythm of those who work late night or irregular shifts.

Indeed, Shift Work Disorder is an issue for many hourly and salaried workers internationally who are unable to commit to a regular sleep schedule due to job demands. Some individuals with this disorder struggle with “excessive sleep” where they feel they may involuntarily pass out during work and waking hours.

At very least, individuals with this disorder feel constantly fatigued, yet have trouble falling asleep at night when they are supposed to. Some people with continuous symptoms may even struggle to show up at work in time or become depressed. It is extremely important to recognize how essential sleep is in keeping us physically and mentally alert and healthy.

Cibdol has recently unveiled a new liposomal liquid supplement, that infuses melatonin with powerful cannabinoid CBD to further strengthen the formulation. Encouraging positive readjustments to a damaged sleep-wake rhythm, Meladol includes a liposomal delivery method, that transfers the active ingredient CBD deep into the body to help you sleep deeper and longer.

Meladol is an ideal formulation for those looking to catch up on some well-deserved sleep after a stressful day. Drawing upon the anxiolytic and sedative potential of pure CBD, Meladol is uniquely versatile for a wide range of individuals and sleep issues. Furthermore, Meladol is non-psychoactive, meaning it won’t make you feel high or impede your mental functioning.

Unlike prescription sleep aids, Meladol is not habit-forming and carries no potential of worrisome side effects like dizziness and issues with short-term memory. Since Meladol is formulated to help restructure the sleep-wake rhythm, it will not leave you feeling exhausted or drowsy during the day. In this application, melatonin is used to lessen the sleep latency phase, while CBD encourages a deeper, more structured rest.