CBD Science: The Difference Between CBD and CBDA

CBD and CBDA are both cannabinoids, unique compounds formed within hemp and cannabis plants. CBD has largely been viewed as the most promising of the cannabinoids for medical purposes, and as such, CBDA has fallen to the wayside. However, a trend of raw juicing cannabis leaves has brought CBDA firmly back into the spotlight, leaving many people to wonder what the difference is between the two.

The relationship between CBDA and CBD

Firstly, it is important to understand the natural relationship between these two cannabinoids. CBDA is found in raw plant material, and is the acidic precursor to “active” CBD. Both CBDA and CBD first develop in cannabis plants as the cannabinoid CBGA. Once an available enzyme is present, CBDA synthase converts CBGA into CBDA. From here, CBD is formed from CBDA via the process of decarboxylation, which involves applying heat to remove the carboxyl group. The decarboxylation process can happen instantly, such as when vaporizing or cooking; it can also happen more slowly over time when plant matter is left to sit. (source CBD51)

RELATED ARTICLE:
Can CBD Oil Get You High?

The differences between CBDA and CBD

It’s essential to establish outright that both CBDA and CBD are non-psychotropic—they will not get users high or impair their thought processes. Although CBDA is primarily seen as inactive and therefore ancillary to CBD, it may present some compelling potential in its own right. Like CBD and other cannabinoids, CBDA is believed to sustain antiproliferative and anti-inflammatory traits, among others. Still, the wealth of research mounting in CBD’s favour has yet to spill over into CBDA’s domain. CBD’s anti-inflammatory, antispasmodic, anxiolytic, antiproliferative, antioxidant and other functions make it a versatile cannabinoid gaining steam in numerous industries related to health and wellness. So where does CBDA stand?

Despite often being labelled as “pharmacologically inactive” CBDA has displayed potent effects against nausea and vomiting in a lab setting. A 2013 study on animal models sought to explore not only CBDA’s ability to reduce these symptoms, but also its potential to enhance relevant 5-HT1A receptor activation.

Results were encouraging; researchers noted that “Compared with cannabidiol, CBDA displays significantly greater potency at inhibiting vomiting in shrews and nausea in rats”. Moreover, they concluded that CBDA was better at enhancing 5-HT1A receptor activation, as well as possibly treating anticipatory nausea.

CBD’s anti-inflammatory benefits come well-documented, comprising a large chunk of the cannabinoid’s high-quality research studies. CBDA may present a good candidate to reduce inflammation as well. In fact, it was shown that CBDA is even more proficient than THC at blocking COX-2, an enzyme produced as a result of inflammation. Moreover, it was determined that the “carboxylic acid moiety” of CBDA (the “A”) was crucial in the cannabinoid’s role as a selective inhibitor of COX-2.

When it comes to breast cancer and CBDA, research in this area is quite underdeveloped, not to mention contested. For example, Dr. Sean McAllister, a highly prolific scientist in the field of cannabinoid research, found that THC and CBD appeared to inhibit and kill cancer cells. He also found that “compared to CBD, CBDA had negligible effects in cell viability assay against multiple cancers. We therefore never took a great interest in the molecule”.

This is further backed up by a study pointed out by Dr. McAllister called “Antitumor Activity of Plant Cannabinoids with Emphasis on the Effect of Cannabidiol on Human Breast Carcinoma”. The study found that of all the cannabinoids (including THC, CBG, and CBC), CBD was the most potent at fighting breast cancer, whereas CBDA was the least.

On the other hand, a 2012 study based out of Hokuriku University found CBDA to inhibit breast cancer cell migration in a form of aggressive breast cancer. But the conclusions drawn from this research are far from concrete.

CBDA is no sidekick 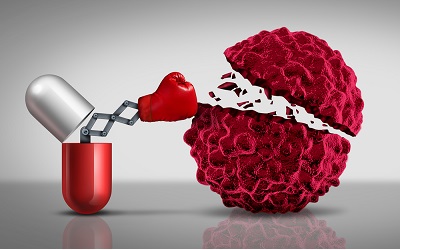 It’s clear that, despite any shortcomings in research, CBDA does display distinct qualities from CBD that make it a compelling subject. Still, both cannabinoids maintain a relationship that demands more exploration and experimentation. As more cannabinoids come to light, it’s crucial to distinguish each one’s individual traits, as well as how they all interact as a whole chemical phytocomplex.

RELATED ARTICLE:
What Is The Difference Between CBD And THC?