Karlien Sleper Is Ready for the Winter Olympics 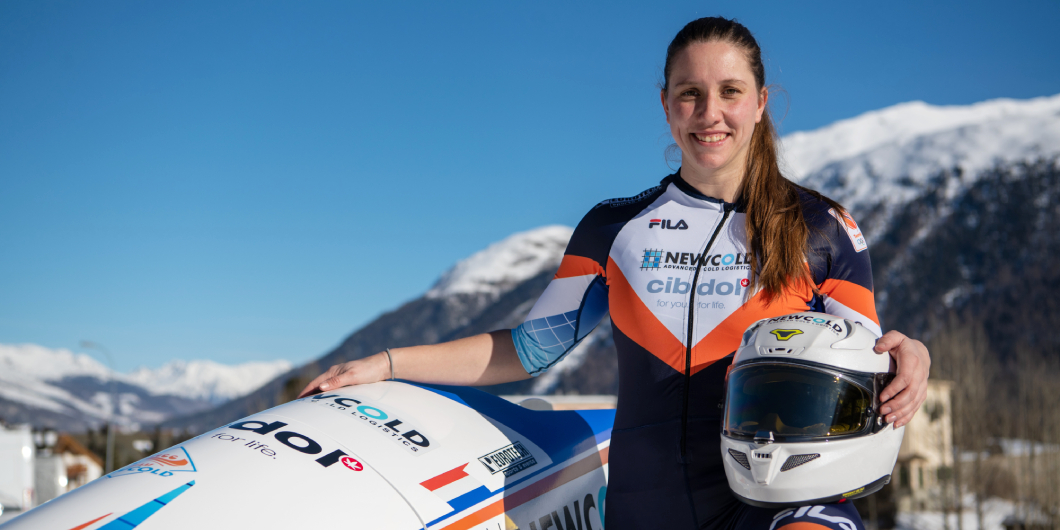 With the Winter Olympics around the corner, this is the moment Karlien has been waiting for—a head-to-head battle with the world's best monobob athletes. While there was never any doubt in her mind she would reach this point, the journey took several twists and turns. Keep reading to find out how Karlien's preparing for the biggest moment of her sporting career.

Several weeks ago, Karlien had an event that would change her life—the race to qualify for the Winter Olympics and secure her ticket to China. It's a moment that will stay with her forever, as she had to place in the top twelve on the day and rank among the six best women overall from those who didn't participate in the two-person bob.

Karlien did precisely what she needed to during the qualifying race, ending the last World Cup competition for women's monobob in twelfth place. The match in Sankt Moritz, Switzerland also counted as a European Championship, in which the 29-year-old finished sixth.

However, after her race, Karlien still had to wait for the results of the two-person bob race to officially confirm her overall ranking. The only trouble was that race took place a day later, prolonging the nail-biting wait. While it was incredibly likely that her ticket to the Olympics was secure, the 24-hour period was tense, to say the least.

Finally, with the results of the two-person bob confirmed, Karlien's dream was a reality—she had officially qualified for the Beijing 2022 Winter Olympics! However, like all promising athletes, Karlien never doubted going to Beijing: "During the World Cup races, I was already very close to securing my spot, never giving an inch. Finally, it is time for me to focus entirely on the trip to China".

Most Dutch athletes are already together, living in a bubble near the Beijing training facilities to limit contact with other people. However, Karlien will start her preparations from her home in the countryside.

Then, on January 26th, she'll depart for China with the remainder of TeamNL. Once at the training facilities, the 2nd and 3rd of February are the last days she can practise before the opening ceremony on the 4th. Sleper's competition days are February 13th and 14th, with the first race starting at 02:30 (GMT+1).

All the best at the Winter Olympics!

Now that qualifying is complete, the ticket booked, and the flight to Beijing imminent, there's only one thing left to say:

We're incredibly proud of Karlien as an ambassador of Cibdol—on and off the track. We wish her the very best in her Olympic debut, and have absolutely no doubt she will give it everything she's got to achieve outstanding results in the 2022 Winter Olympics!

Want to stay up to date with Karlien's Olympic races? Make sure to follow her Instagram, personal blog, and Cibdol's latest news articles.